If you look straight through Split gate, a gap dividing the islands of Brac and Šolta, and then a bit further, a little to the left, you will see one of the most mystical jewels in the crown of Dalmatia’s natural beauties. Amidst the petried and greenery reecting waves of the so called Hell’s islands (Pakleni otoci), the shield carving access to the island of Hvar, lies the biggest and the most populated of them, the isle of Škoj – Sveti Klement. Small kingdom of people who love and cherish
what they had been given by nature and left by generations of those who passed there and left again, unchanged by the currents of time and events Škoj was exposed to from its genesis. Maybe it is in that trust in humans and time that lies the reason as to why the houses on the isle of Škoj remain to this day unlocked, as to why keys there exist only for turning on boat engines, and not for guarding wealth. On Škoj wealth has from the beginning been oered to everyone since only visitors in good will come there.

Nevertheless, through time Škoj has secretly been accepting changes from the world which it only seems isolated from. Although sunsets in Vlaka, the only populated location on the isle, are always and constantly primordial, they continuously rewind the life of the isle to its beginning. Be it during calms, slightly wrinkled seas or sinister storms, evenings in Vlaka always remind us of that primary, relevant solitude of Škoj.
Daytime is the one bringing dynamics, calling for change. Regardless the time of year, Vlaka lives connected to the pulse of the island of Hvar which it is organically and lively connected to and which it owes the most to for its individual identity. During daytime, although just a small lagoon the farthest away, Vlaka becomes a busy little port communicating the everyday needs of habitants of Škoj, the excursionists from Hvar, ancient hordes of farmers as well a growing number of tourists, adventurers or simply admirers, people wanting peace and rest.

Understanding that transport is an omnipresent and vital activity, the basis of survival on the isle of Škoj, but also an overhead, room for growth and a horizon for diverse progress and nally, a recognizable cultural product, the small population of the isle has taken the perfection of the skill of movement, the methods and technologies of sailing to its farthest limits. Perceiving sea as the connecting as opposed to the separating factor of lands in question, a family on the isle of Škoj has found its inspiration in fast, safe and above all comfortable means of transportation and then united its diverse individual creativities in order to create a real, powerful family business.
Indeed, the members of the Škoj’s native family Colnago have never looked at modern sailing exclusively through its commercial dimension even though the network knitted by their age-long labor, testing dierent known and less known means of navigation all over the so called Hell’s channel (Pakleni kanal), have to this day become a wanted and hardly replaceable brand. In transporting goods, people and services in all kinds of weather conditions they have found fulllment and pleasure. For years they have been surpassing local limits by making daily voyages further than Hell’s islands, Hvar, the entire maritime zone of Middle Dalmatia to the cities of Split, Dubrovnik and then all the way far to the South to Montenegro and by open seas to the islands of Jabuka, Sušac and Palagruža.
Finally, it was to be expected that the professional orientation of the youngest Luka, the experience of the father and construction veteran Danko as well as the support and eorts of the other members of the Colnago family; older brother Nikola and mother Franka, would dene the conditions for the birth of family pride – the realization of a personal project, a completely new and original boat, appropriately called Colnago 39 … 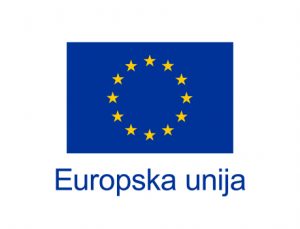